“AppsFlyer” is analyzing more than 100 billion events a day, using the Aerospike database to handle more than a million queries per second. 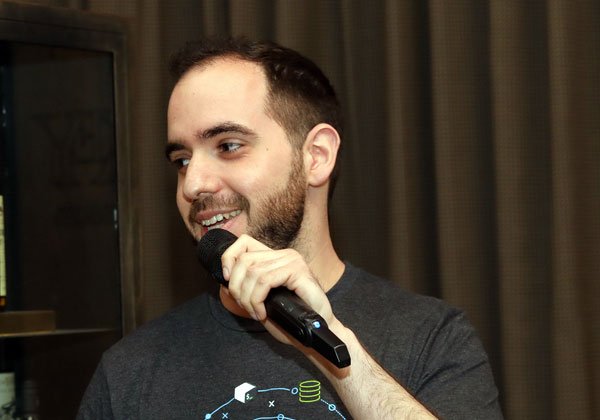 Many startups are dreaming that their technology will reach every smartphone in the world. An Israeli company that did this, according to its people, is AppsFlyer.

A few days ago, Aerospike Israel did a Webiner, with Elad Leev, platform engineer at AppsFlyer. He said that the company processes, measures and analyzes the data of marketing campaigns in the mobile world. He said the technology the company offers is in the use of apps installed on many of the world’s smartphones, which makes the start-up from Israel the leading company in the field.

“We help companies developing apps to get insights about them and their advertising campaigns,” Leev explained,” and the insights we show them on a dashboard. We’re obsessed with metrics and alerts to keep systems stable and discover future issues – as soon as possible.”

The company has more than 1,000 employees and operates in 18 offices worldwide. According to Leev, “Marketers, which base their work on data, rely on us to gain independent measurement capabilities, innovative solutions and tools to grow their business – and maximize their profits against their investments. This is done by deep understanding which channels, companies and campaigns deliver good results – and which not. We provide analytics for companies that want to monitor their app campaigns, allowing advertisers to understand the path the user is going through – from the click on a particular banner to the user leaving the app. We let them understand where users came from, what they did in the app and how much money they spent.”

“Our platform,” noted Leev, “integrates and analyzes hundreds of billions of mobile operations for more than 12,000 customers around the world, including Amazon, Alibaba, Kayak, Playtika, Waze, and HBO. We are an official measurement partner of Facebook, Google, Twitter, Pinterest and the Chinese Internet giant Tencent. Our Israeli clients include Bank Leumi, Bank Hapoalim and Gett.”

The company’s IT environment, he said, is based on AWS and alongside it includes activities with databases. “Because we use microservices, our databases are hidden within the service shell. We used different types – depending on the given use case. Along with Aerospike, we had several other databases. We ended up expanding the use of Aerospike simply because this database brought us the highest value compared to others. So, we have gone ahead and set up more and more clusters, and as of today, we are currently in a situation where we have more than 20 use cases of Aerospike in the entire IT environment.”

“We analyze more than 100 billion events a day,” said Leev, “which translates into more than a million queries per second – plus half a million updates per second. To that end, we use the Aerospike database – to save 250 billion clicks.”

He said, “Aerospike’s ability to read in milliseconds is a critical capability for us – because it’s our core business, and on which we respond to customers – and do it in real time, because that’s what corporate customers want most.”

Leev noted some additional data, not surprisingly he said, on the change in web browsing habits among users worldwide, due to the Corona epidemic. Thus, Leev concluded, “During the times of Corona, we needed to add more machines to meet the growth in downloads. There was a 35% increase in health, beauty and weight loss apps; a 15% increase in shopping app downloads; a 15% increase in food delivery app downloads, and 18% growth in financial app downloads. People stay much more at home and this affects their mobile habits. There are places we need stability because we can’t always predict the peaks, such as an important cricket competition in India, and the Aerospike database scaling capabilities significantly help us a lot in doing so.”

Aerospike’s Sherry Prescott-Willis named to “Women of Influence, Class of 2020”