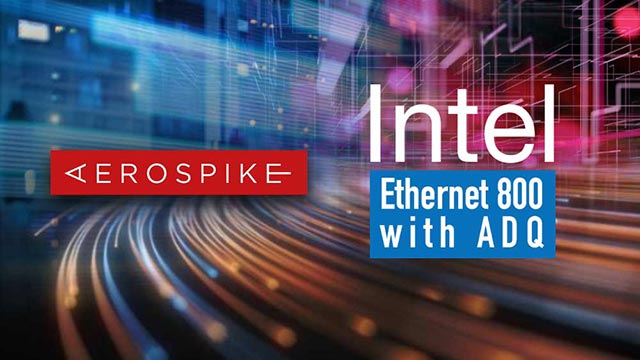 Today, Aerospike announced the availability of Aerospike 4.7 that features the following product enhancements:

The Aerospike 4.7 Enterprise Edition release continues to drive innovation by becoming the first commercial database to support the Intel® Ethernet 800 Series with Application Device Queues (ADQ). The 800 Series is a family of PCIe cards and controllers supporting up to 100 Gigabit Ethernet. While delivering a massive increase in bandwidth, the 800 Series incorporates innovations to maximize throughput and minimize latency through the use of ADQ.

The Aerospike workload involves many clients sending database requests to the Aerospike server. These are dispatched in parallel to many service threads. All requests are treated equally, so the ADQ strategy is to spread network traffic equally to all the CPU cores in the system. We have defined one device queue for each CPU core in the system and configured each queue to generate service interrupts on a particular CPU. The Traffic Classes also route all requests from a given client to the same device queue, as shown below. 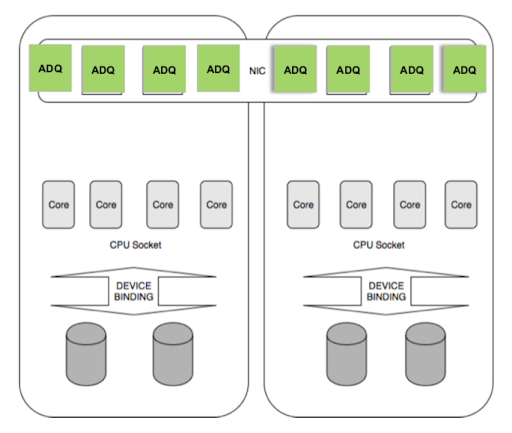 Aligning device queues and CPU cores reduces context switching overhead. Better still, it keeps data in local processor caches. Together these factors contribute to lower latency, increased response time predictability and higher throughput. Busy polling was also employed to increase performance to reduce interrupts by servicing all packets that have accumulated. A 50 millisecond polling interval was found to give optimal results because every millisecond matters.

Only a few updates were required to allow the Aerospike server codebase to support ADQ. It turns out the server was already structured to tie network processing to particular threads. This is an essential part of the existing auto-pinning mechanism. Multiple Aerospike instances running on multi-socket Non-Uniform Memory Access (NUMA) to achieve higher performance by servicing a particular NUMA domain. A new “auto-pin ADQ” configuration option that ties server transaction threads to the CPU core servicing the device queue via the driver-assigned NAPI ID. 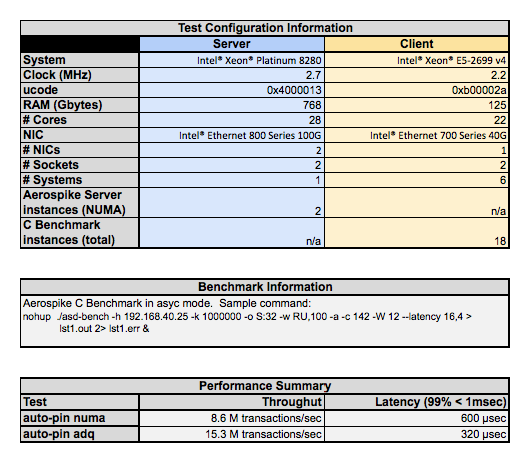 > Detailed information on the test environment can be found here. Below are the highlights:

Test results are summarized below, and explained fully in the upcoming ADQ Technical Overview.

When enabling ADQ the performance was recorded at 15.3M transactions/sec (>75% improvement). In regards to latency, 99% of the requests were below 320 µsecs (>45% improvement in response time predictability). 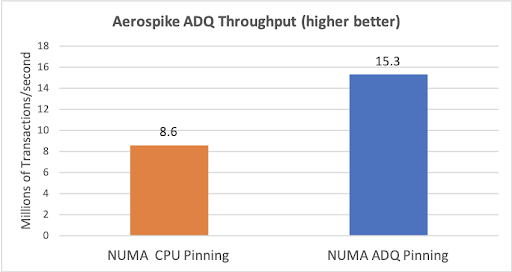 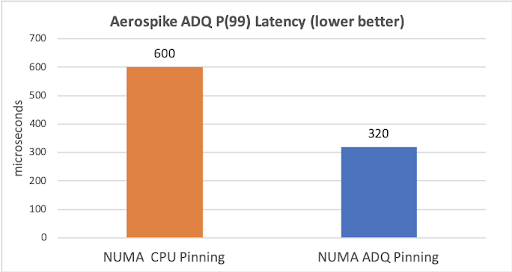 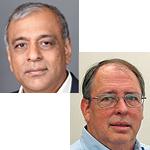 All posts by this author
Srini V Srinivasan is a Founder and Chief Product Officer at Aerospike. He also has over a dozen patents in database, web, mobile and distributed systems technologies. Srini co-founded Aerospike to solve the scaling problems he experienced with Oracle databases while he was Senior Director of Engineering at Yahoo. Paul Jensen is Director of Technology at Aerospike. He is a technology industry veteran with over 25 years of experience. Prior to Aerospike, he held positions at companies including TiVo, MovieLabs, Microsoft, and Liberate Technologies.
< Previous Post
Next Post >